Great that we have the water.

Bad because now programs like water recycling, desalinization, storm water capture, storage, and other programs designed to ease the drought will find their priority reduced, funding cut and likely face increasing criticism of wasting tax payer dollars. Then when the next drought hits, everyone will be up in arms saying, “how come we don’t have a desalinization plant? Or more water storage?” And the people and politicians begin again with the finger-pointing and blame game.

California’s water is a case in extremes – either it’s not raining or it’s raining a lot. The rain can come in what’s called an “atmospheric river.” Seriously, it’s like having a river fly over and suddenly drop everything at once. Floods become common and flood control systems on rivers quickly become overwhelmed.

I live and work near the Los Gatos Creek (my office is about three-hundred yards from it’s banks). The word creek brings up pictures of a small, gently flowing water way. Which it mostly is. However, in the rainy season, I like to rename it to “Los Gatos River.” This year the two reservoir upstream filled to capacity after two weeks of heavy rain and started to spill over. These reservoirs have two functions – water storage and flood control. The atmospheric river ensured that the reservoirs succeeded in water storage and failed at flood control.

With the dams spilling over, the lazy creek became a rushing torrent that triggered a few emergency alerts, many closed roads, mudslides, and a number of my co-workers wondering if now might be a good time to get their cars out of the underground parking garage.

Here are a couple of pictures of the creek/river during the flooding: 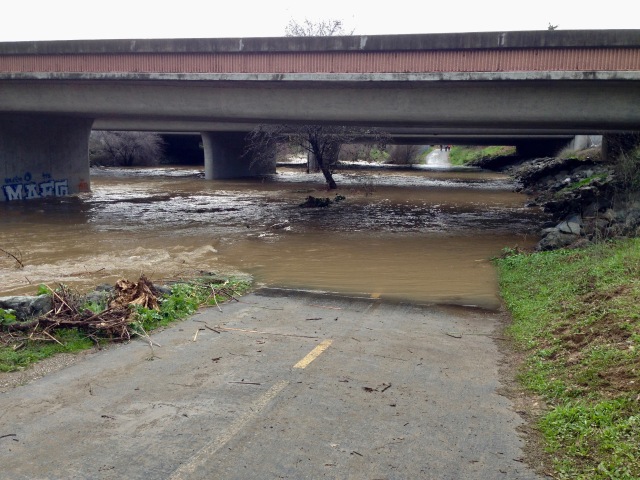 This is the Los Gatos Creek Trail as it goes under the highway. The path is cover by at least 5 feet of water.

This is further up the trail a few days later. The path on the right is covered in several feet of water. 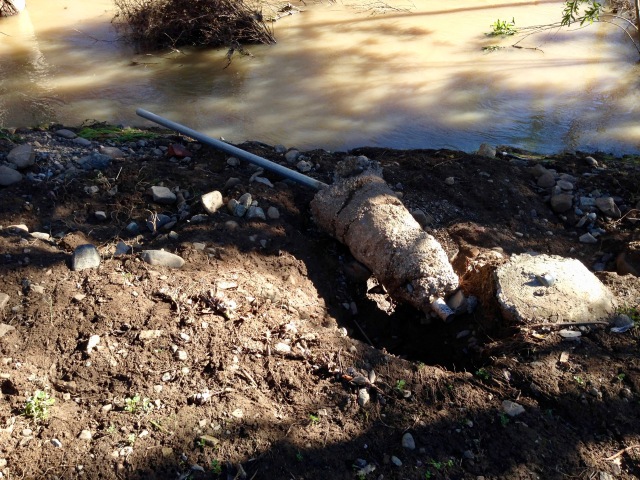 The flood took out about 20 feet of chain link fence. This post was just lifted out of the ground. 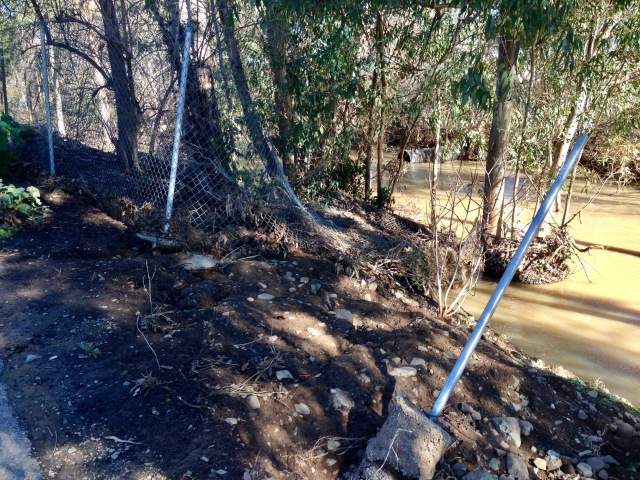 and this is where the fence went – downstream and wrapped around some trees.

Fortunately, the creek never went high enough to flood homes or cause more than just minor damage. The scary thing is that more rain is predicted.

Now I am going to head out to the shop to see if I’ve got enough lumber to build an ark, or at least a sturdy raft.

Born in California Did the school thing studying electronics, computers, release engineering and literary criticism. I worked in the high tech world doing software release engineering and am now retired. Then I got prostate cancer. Now I am a blogger and work in my wood shop doing scroll saw work and marquetry.
View all posts by Andrew Reynolds →
This entry was posted in General and tagged flood, los gatos creak, rain. Bookmark the permalink.